How she wrote it 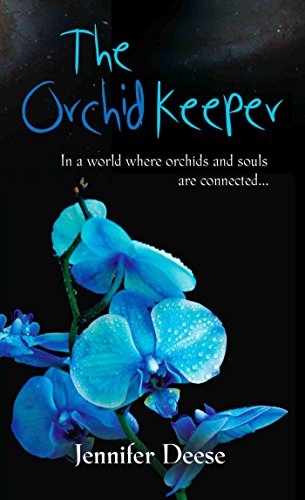 HOW SHE WROTE IT …

Started writing her 1st book in her: 40s

Titles to date: 3 (1 novella and 2 shorts in anthologies)

How do you feel about the first book you finished?

I adore my first publication, The Orchid Keeper. It is, was, and always will be, my baby. Although, due to some needed edits and some needed tweaking I will be revising and rebranding it in the Summer of 2017 as a prequel novella instead of it being Book One. As my WIP progresses I have found my original intentions for the series has outgrown my outlines. As an author I do not see this as a bad thing. As we grow and learn as writers, our stories and ideas will, too. It’s growth and I am happy with it. I am not only surprised by the evolution of this storyline, I am also pleased.

How do you deal with the muddled middle, the part of the story when most authors have come to hate their story?

This question is so very appropriate for me right now. I have recently returned from the abyss of writer’s block and what I call being storyline stuck. A few months back I began to overanalyze the first draft of my WIP (in the middle of the story I stalled…) and in doing so I angered my muse mid-story. She packed her bags and walked right out of my head. I began to over dissect the story and doubt it’s quality.

While revisions, edits and rewrites are part of the process I have found that on the first draft it behooves the writer to simply just write the story…to let it flow from your mind to paper without the tedious interruptions of the technical parts; editing, formatting, punctuation errors etc. Fist drafting is just that — first drafting. Just get that story to paper: the beginning, that sometimes iffy muddled middle, and the end.

So, now I do not let the middle or any other part of the story get stalled while first drafting. I just write it through. Everything else — editing, grammar, repetitiveness, flat dialogue, plot holes and all else — can be dealt with after the first draft of the story has been freed from your head and put to paper.

When are you most inspired write?

Inspiration is a creature in and of itself. I have stopped being surprised by the odd moments it picks to hit me. I have been struck with inspiration while standing in a grocery store line, while cleaning the toilet, plucking my eyebrows and while shaving my legs, just to mention a few.

Would you rather write only one book (that sells a million copies) or write until you’re out of stories?

While the idea of a book going bestseller across the globe is both ego-pleasing and financially-pleasing, I can say I will write, with or without a million copies being sold, for the rest of my life.

When I just don’t have the motivation to sit down and write, I…

…simply just don’t write. To force the story, in my opinion, will only hurt you in the long run. If you force the story or push it when the creative juices refuse to flow, the readers will pick up on that. If the flow is stuffy or forced your end result will not read well. I would rather walk away and come back to it later when the motivation and inspiration are present.

You have Successfully Subscribed!