How a simple connection can spark a movement

When I first decided to narrow my marketing focus to work with clients with whom I shared a passion – authors – I had no idea what that would look like as a business model. It turned out to be the best decision I could have ever made. I enjoyed the work; and clients enjoyed learning how to promote their words via author websites and social media, reaching out to reviewers and book clubs.

Business grew and as it did, the majority of my clientele happened to be women. As it grew more, this clientele further defined itself as a dynamic group of savvy women who, unbeknownst to each other, were exposing deeper issues in their writing, issues that would resonate with the masses…

One author began blogging about animal rights, another about parents dealing with the loss of a child. Another completed a novel that shines a light on the darkness of male-on-male sexual harassment in the workplace. One published a memoir about coming into her own freedom of expression through dance, something that had been denied her in childhood. Yet another is aiding in the charge to end sex trafficking. And the list goes on…

Not only was I loving my job, I was learning about so many important issues, and the influence these women were having, each in their own way striving to make our world better, just by speaking and writing and putting themselves out there.

Another of my long-standing clients, an amazing female author, Rosemary James, is co-founder of the Pirate’s Alley Faulkner Society in New Orleans. Attending her conference one year (the fabulous Words & Music: A Literary Feast in New Orleans), I was hooked. I’ve been to every conference since, soaking up the infused energy of the world’s greatest authors, editors and agents. Words & Music had become my shared passion, and so naturally I wanted to shout it from the rooftops, and encourage everyone who had an interest in words to attend.

And so I did. I suggested to several clients, including writers in Florida, California, Tennessee, New York and South Carolina, that they make the trip to New Orleans, both to support the great work Rosemary was doing for authors and to avail themselves of the opportunity to meet agents, editors, and some of the best writers producing work in this century. It would be a chance for them to network, but also to be inspired, so important for writers when writing is such a solitary art form.

When seven of them readily agreed to give it a go, I was excited for them. But that excitement quickly turned to anxiety. Would they have a good time? Would I be held accountable to make sure they had a good time? I had a lot to do there; would they feel less than cared for if I weren’t paying each enough attention? In short, what was I thinking?

Well, despite all my great experiences working with women, I greatly underestimated the power of women supporting women.

By the end of the first day, I’d introduced each to the others. By the end of the second day they were sharing schedules and drinks and comparing critiques. On the third day we had dinner together and the women dubbed themselves “Seven Strong” with a hearty toast… each vowing to connect through their writing in the days and weeks to come.

Since that conference, those proud members of the “Seven Strong” have forged bonds of steel. We enjoyed a retreat at one’s vacation home in Folly Beach, and another at one’s cabin in Tahoe. Many of us have attended conferences and festivals together from deep in Florida to way up in the Pacific Northwest. In between they spend time on the phone and by email, through lunches and road trips, to connect with each other, critique each other’s work, brainstorm their marketing efforts, and encourage and nurture each other as writers, as influencers, and as women.

I’m as proud as any mother hen could be, but I can’t take the credit… It’s really all about that power that surges through women when we’re helping each other. Women supporting women isn’t just a concept; we are a FORCE… and one to be reckoned with! 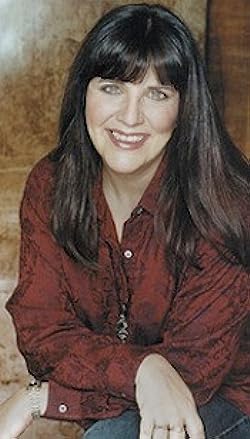 Creator of Where Writers Win, Shari Stauch has been involved in publishing, marketing, and PR for thirty years. She is the principal author of the WWW blog, and works with authors and publishers around the country, helping them market themselves and their work to find more readers and sell more books. Where Writers Win’s innovative Winner Circle offers access to vetted book reviewers, live and virtual book clubs, and other curated resources developed specifically for authors, publishers and book publicists.

Find Shari and her writing in these places:

You have Successfully Subscribed!